The imagery is mainly drawn from popular culture and native folklore where I flirt with stereotypical female iconographies, its placements in the »inappropriate« and into unexpected situations. Through this conceptual approach, I would like to highlight the role and attitude towards women. In paintings expressively enlarged female figures in the frontal view establish a form of communication between a traditional and a feminist status of a woman. The ambiguity creates a fusion of a national folklore garment and a sexually liberated female body. Depicted women are wearing an avba - a traditional head piece reserved for married women, while plastic flowers, attached on the paintings, additionally accentuate and deepen the antagonism between the classic and the pop-artistic, between the respect for rigid tradition and personal emancipation. With these items I do not wish to criticize or affirm tradition, but to create a synthesis with the symbols, which affect the personal history of women and literary imprint unto them their being. With the statements that I record I note down how women understand themselves and their history. Opposed to the cultural prejudice of women they perceive themselves as mainly physical, by means of initiation rituals, menstruation, motherhood and by giving birth, etc… The common denominator is questioning the role of women through a feminist point of view which derives from silent, neglected stories of everyday women.

How I learned to stop worrying and love the Red, 2015, acrylics, wool on textile, 90 x 70 cm, installation view 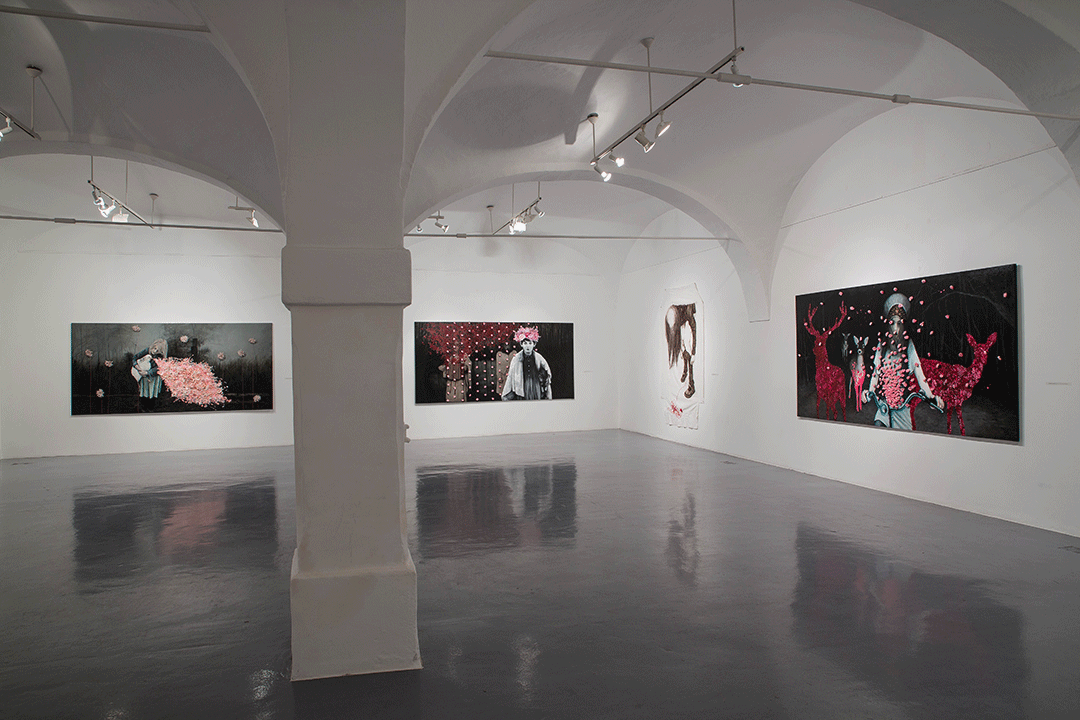